Russian incursion into Ukraine would ‘violate freedom and sovereignty’ – Wallace 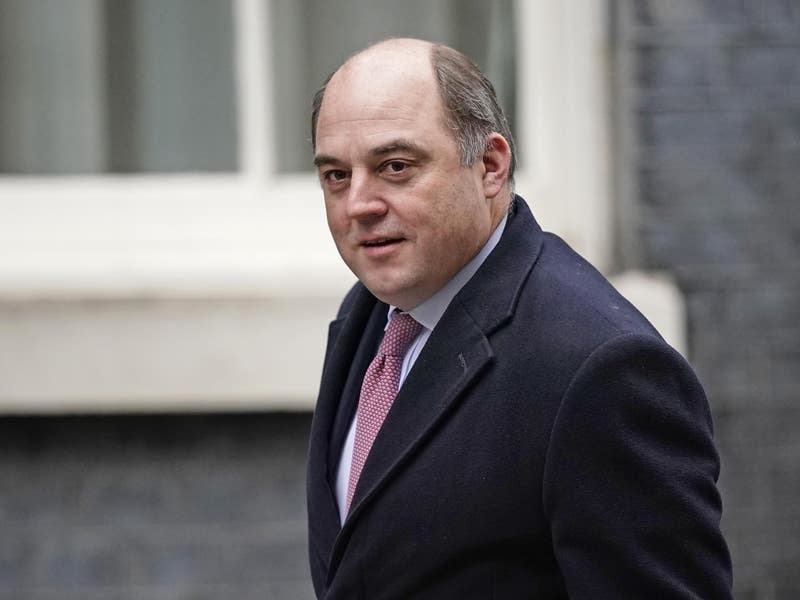 An invasion by Russia into Ukraine would violate the “most basic freedoms and sovereignty”, the Defence Secretary has said following a visit to Scandinavia.

Issuing a second warning in a week to Moscow, Ben Wallace said there would be “consequences” of any Russian aggression towards Ukraine.

On Monday, he fired a shot across the bows, telling an event in London that Britain would “stand up to bullies”, no matter how far away the conflict.

Tensions on the Ukrainian border continue to be fraught, with the US suggesting Moscow is preparing for a “false-flag operation” in order to spark an incursion into neighbouring territory.

Foreign Secretary Liz Truss, appearing to back up the US intelligence, accused Russia of “waging a disinformation campaign intended to destabilise and justify an invasion” of Ukraine, and called on President Vladimir Putin to “de-escalate” the military presence.

Amid the stand-off, Ms Truss’ colleague Defence Secretary Mr Wallace met Nordic partners this week, including Finland which shares a border with Russia.

The Ministry of Defence (MoD) said he met with ministers in Sweden, Finland and Norway to discuss Russia’s continued aggression and military build-up on Ukraine’s border, with some 100,000 troops amassed at the divide.

The Defence Secretary said: “The UK and our Nordic partners are united in our approach to upholding European security.

“Our discussions were clear that a Russian invasion of Ukraine would be a strategic mistake, violating the most basic freedoms and sovereignty.

“Britain and the Nordic countries have a long and shared history.

“Our European neighbours and allies remain vital partners as we work together to defend our common values, counter shared threats and build resilience in our neighbourhood, the UK will always stand with them.”

Labour said the threats facing Ukraine must be met with “strength and solve” by Nato and Europe, with shadow defence secretary John Healey having visited the country this week.

“The Western allies must work hard to maintain their deterrent pressure on Russia and stand by Ukraine,” said the senior opposition MP.

The third leg of his trip saw the Defence Secretary meet with his Norwegian counterpart Odd Roger Enoksen.