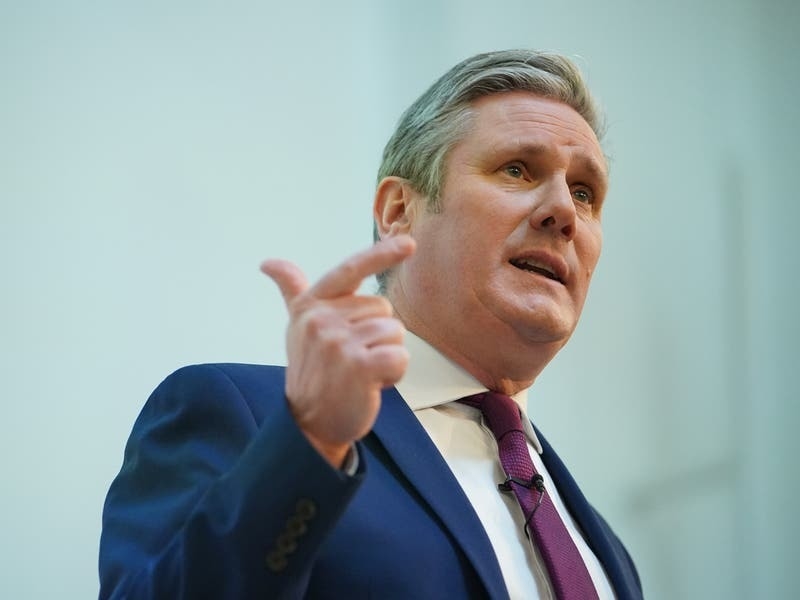 The No 10 “partygate scandal” has worsened the public’s mental health, Sir Keir Stamer said as he laid out plans to reform the NHS under a Labour government.

The Labour leader, in a speech at the Fabian Society conference in London, said young people had been particularly hard hit with mental health struggles during the coronavirus pandemic.

As part of his vision for the NHS, he pledged a Labour administration would install a mental health care facility for young people in every community and provide specialist support in schools.

He said: “I think, by the way, the scandal of partygate, for want of a better word… what’s happened in recent weeks, where it has become obvious that while the vast majority of the British public were obeying the laws the Government made, the Government and the Prime Minister were partying in Downing Street.

“I think that has added to mental health stress because so many people are now asking themselves, ‘Why on earth did I do that then, while they were doing what they were doing?’.

“So I think that, before the pandemic, we had mental health issues which have got worse during the pandemic in greater ways than we’ve really understood, particularly in young people.

During his speech on Saturday, the opposition leader pledged that a Labour administration would ensure those requiring mental health treatment were seen to in “less than a month”.

“Every school will have specialist support, every community will have an open access mental health hub for young people.”

He accused the Prime Minister of being “too preoccupied defending his rule breaking” to turn NHS fortunes around, calling for the health service to focus more on preventing people from getting ill and to adopt a “home first” policy for care.

The former director of public prosecutions accused the Conservatives of making a “mess” of the NHS.

He said: “The first task of a Labour government would be to clear up the mess that Tories have made of the NHS.

“The last Labour government brought waiting times down from 18 months to 18 weeks. We will need to do the same again.”

He vowed that Labour will “invest properly to bring down waiting lists and we would start by recruiting, training and, crucially, retaining the staff that we need”.

Sir Keir told of his “anger” at the state of the NHS, and said the party would “make wellbeing matter as much as national economic output”.

A clean air act would also be introduced to tackle the “silent killer” of air pollution, he added.

He said the party has a five-point plan for the transformation of social care, with the shadow cabinet taking a “completely different approach” compared with the Government’s National Insurance hike, due in April, to fund social care and reduce the NHS backlog.

Shadow health secretary Wes Streeting will set out in coming days the plan for living with Covid, Sir Keir said.