Frost and fog set to hit parts of the country 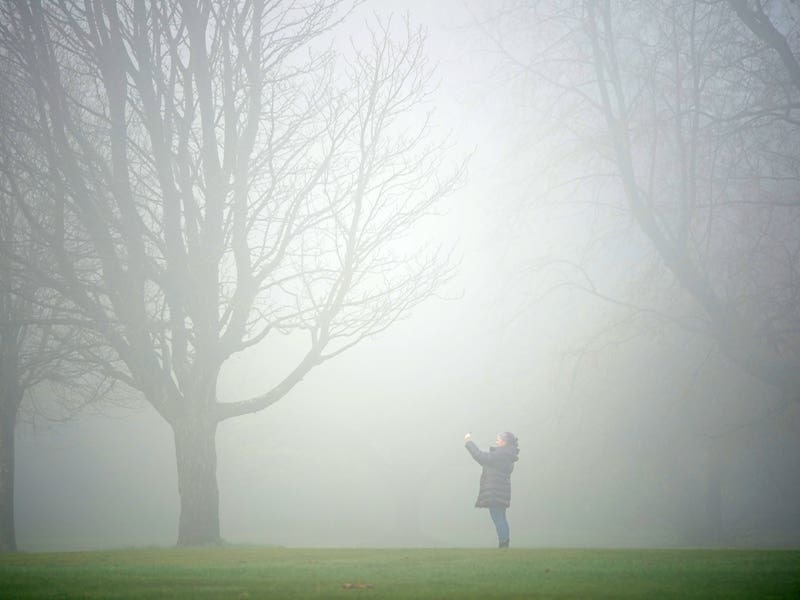 Frost and fog are set to be a hazard for some parts of the country over the coming days.

The Met Office, which has urged everyone to “get the hot water bottles at the ready as it’s set to be a cold and frosty night”, has issued a yellow weather warning which could cause travel disruption.

People in the East Midlands, East of England, the North East, Wales plus Yorkshire and Humber have been told to brace for the thick fog and freezing temperatures.

With fog patches set to spread overnight, the warning states that “some dense fog patches are possible, with visibilities perhaps dropping to between 50-100m in a few places”.

The biggest fog patches are likely to be across eastern parts of Wales, through to the Midlands and into eastern England, according to forecaster Greg Dewhurst who added that they are also “going to be across the rest of the country too but it maybe not as dense or as widespread”.

Warning people to be careful if they are out and about, he said: “If they are up early and through Saturday morning, if they are travelling or out for a walk, there will be some dense fog patches around.

“Do take care when driving as there will be reduced visibility on the roads so you may not be able to see very far in front of you.”

The mist and fog patches have been given the chance to  form because light winds and high pressure across the UK means the air is not moving very quickly.

Mr Dewhurst said: “They will be generally slow to clear because the sun is not very strong at this time of year.”

It is going to be a chilly start with frost around early on Saturday, before it turns into a dry cloudy  day.

The Midlands cold see minus 2C overnight with temperatures up to 0C to 5C elsewhere. Later temperatures will struggle in the cold spell and a maximum figure of around 10C is expected in south-west England.