BA149 passenger: The Government is lying, I remember what I saw 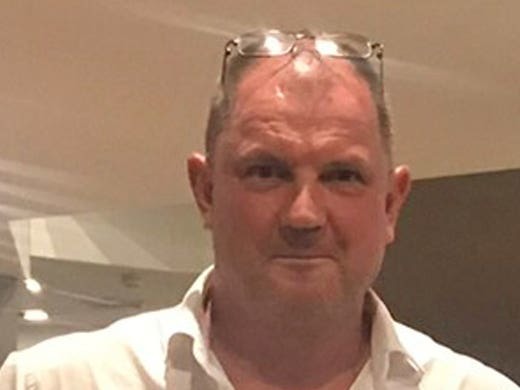 A businessman who spent four-and-a-half months held hostage after his British Airways flight landed in Kuwait as it was being invaded by Iraq in 1990 has rejected the Government’s apology over the incident, saying: It’s a lie and a cover-up.

Barry Manners was a 24-year-old businessman about to embark on an 18-day holiday with his partner when those on board were taken captive as so-called “human shields” by Iraqi dictator Saddam Hussein on August 2 1990, to protect against an Allied Forces response liberating Kuwait.

Mr Manners, 54, from Kent, said he was threatened at gunpoint by some of his captors and spent two years recovering from his ordeal upon his release just before Christmas that year.

He also rejected the Government’s denial that soldiers were allowed on board at the last minute to help with liberation efforts.

Mr Manners, speaking as previously classified documents about the incident were released for the first time, told the PA news agency: “It’s a lie. I’m gobsmacked they are still saying this. The evidence must be so refutable.

“If the Government was using British Airways as de facto military transport, come clean and admit it.

Mr Manners said he recalled being sat on the plane with his then-partner, Anthony, when around eight men got on board, some time after everyone else was seated.

He said while many passengers had “made an effort” with their dress for the flight, which was stopping to refuel in Kuwait before heading on to Kuala Lumpur in Malaysia, the mysterious passengers were “wearing sports clothes a ten-year-old wouldn’t be seen dead in”.

There has long been speculation that the flight was allowed to continue to Kuwait, even though other flights were being diverted, because it was being used to carry a group of Special Forces into the country to carry out intelligence.

Mr Manners, a retired business and beach cleaner in Botany Bay, Kent, said: “Who on earth were they, then? Members of a rugby team?

“These were serious guys, you only had to look at them.

“I’m absolutely gobsmacked. I know what I saw going on with that plane. I know they were soldiers.”

Mr Manners said his accommodation was “tolerable” while he was being held hostage, and that he was able to cope with captivity by retreating into a fantasy world and “stuffing my face”.

But he was also threatened with execution by Iraqi police carrying firearms, who would occasionally hit him about the face and body.

He was later released but said he “found it very difficult to function” for the first couple of years.

Mr Manners said: “I believe in democracy and rule of law. But it’s confirmed what so many people have said about this Government, and perhaps all governments, that they lie.

“This seems to me like it’s being presented as an unfortunate cock-up.”