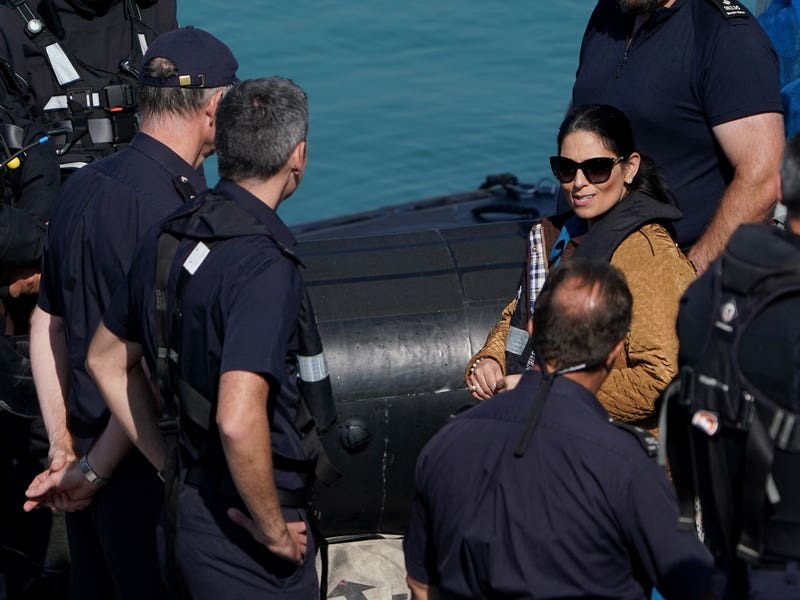 Priti Patel has met Border Force officers as migrants continue to cross the English Channel to the UK from France by boat.

The Home Secretary was seen out in the Channel on Thursday, the day after it was confirmed she would remain in her role as part of Prime Minister Boris Johnson’s Cabinet reshuffle.

Her trip to Dover came as crossings continued for the fourth consecutive day this week.

A new record was set for the year so far when 1,959 people crossed the Channel from France in the week to September 10 – the highest total for any seven-day period in 2021, according to data compiled and analysed by the PA news agency.

At least 14,400 people have crossed to the UK on board small boats this year.