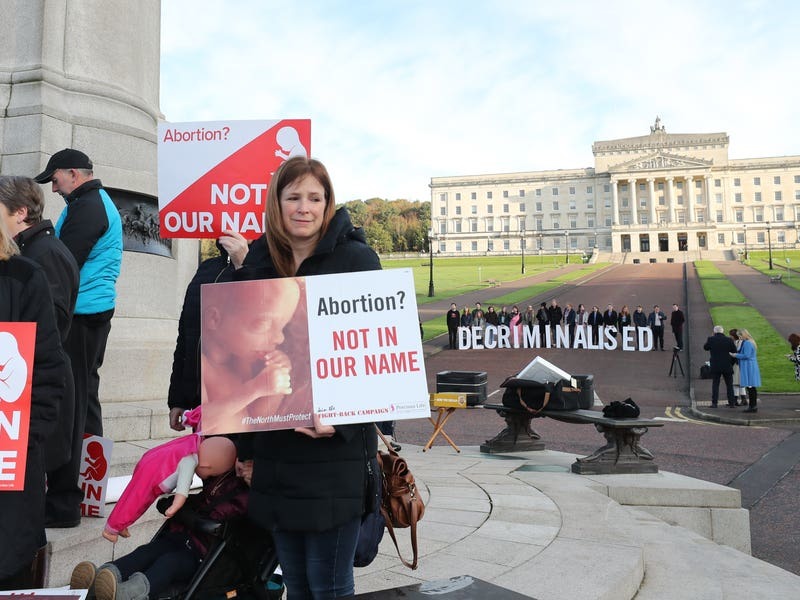 Pro-choice campaigners have said the implementation of full abortion services in Northern Ireland is “long overdue”.

But anti-abortion activists described it as a “black day” after Westminster intervened to order Stormont to fully commission services, after the Executive failed to progress the issue.

She said: “Once again action from Westminster has been necessary to ensure abortion rights are realised here.

“Services in line with our new law have been a long time coming; commissioning must now be swift to bring an end to the unacceptable denial of healthcare.”

The Northern Ireland Chief Commissioner for Human Rights, Les Allamby, said the intervention by Secretary of State Brandon Lewis was “an important step in securing the full provision and funding of abortion services for women and girls in Northern Ireland”.

He added: “Nonetheless, we note that under the direction issued, the first and deputy first ministers are only required to place any proposals on the NI Executive’s agenda once received. As a result, there may still be implications for enabling abortion services through the NI Executive.”

Director of advocacy and policy Ruairi Rowan said the action from Mr Lewis was “long overdue”.

“Immediate action must now be taken to provide the funding necessary to prevent the collapse of the central access point,” he said.

“We remain hopeful that people will no longer have to endure the degradation of forced travel to England or navigating a precarious and limited service.”

“That challenge won’t be heard until October. We have written to the Health Department, warning them not to make any move on this direction until at least the powers that the Secretary of State has chosen to give himself have been considered by the courts.

“He is basically bypassing the devolved institutions and disenfranchising the people here.

“It really shouldn’t be tolerated and we are urging people to write to the First Minister and deputy First Minister to make sure that they resist this power grab from Westminster.

“This has implications, not just for unborn children, but it also underlines the devolution settlement.

“It is a very, very black day for both women, children and democracy.”