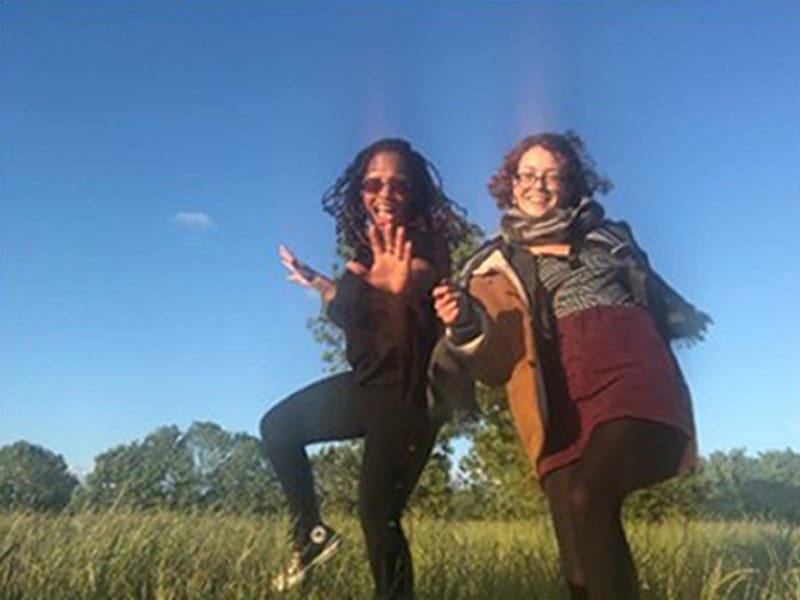 A “piercing scream” was heard on the night two sisters were savagely stabbed to death in a park, a court has heard.

Nicole Smallman, 27, and Bibaa Henry, 46, were allegedly attacked by 19-year-old Danyal Hussein in the early hours of June 6 last year.

The sisters had been in Fryent Country Park in Wembley, north-west London, to celebrate Ms Henry’s birthday.

Their bodies were discovered in bushes by Ms Smallman’s boyfriend, who had joined the search for the missing women on June 7 last year.

On Tuesday, local resident Elaine Williams told the Old Bailey how she had been watching Silent Witness on television when she heard a noise at 1.45am on June 6.

She said she heard a man shouting and then more than one female shouting “really loud”.

“And after I heard this really piercing scream that will live with me forever. It was so intense.”

She told jurors that it was “like a massive argument”.

Riel Karmy-Jones QC, defending, asked if it sounded like the voices knew each other.

The next witness, Linda Guerrero, told how she saw two people in bushes as she walked her beagle Bambi on the morning of June 7 last year, before the bodies were discovered.

She said: “I crouched, peered in and I could see there was indeed somebody a bit further along on the ground.

“As I peered in I looked to see what I thought was a couple. The reason I thought it was a couple, the person lying on the floor with their back to me, it looked like they had a bare back.

“I assumed they were a couple because I thought they seemed to be intertwined slightly.

“I said something along the lines: ‘Are you OK, are you alright mate?’ There was no response.”

She added: “We do occasionally get rough sleepers in the park and that’s what I had assumed that the couple were – they had spent the night there sleeping.”

The witness said that she later reported rough sleepers to StreetLink.

Martin Ridgway, a member of Barn Hill Conservation Group, visited the park on the morning of June 6 with some rubbish bags.

Mr Ridgway told jurors he found a “huge pile of items” on his litter-picking round.

He said he assumed red marks were from sauce pots as he collected up the bags and carried them to park bins.

Pc Fifi Gaskin was on route to join the search for two missing people when she heard by police radio that two dead bodies had been found on June 7.

She was flagged down in the park by a man who directed her towards where he had heard screams, she said.

She said: “When I got to the top of the hill there was a male and he seemed very distressed. He was very pale. It looked like he was in shock.”

On Monday, Ms Smallman’s boyfriend Adam Stone told jurors how he screamed and fell to his knees when he found the sisters in bushes.

It followed the discovery of two pairs of sunglasses and a knife in the grass near to where the birthday celebrations had taken place, jurors had heard.

Wearing latex gloves, Pc Gaskin and her colleague Pc Hannah Lavery ducked under the bushes to check the bodies for signs of life, the court heard.

Describing how she found Ms Smallman, the officer said: “Her top was pulled up so some of her stomach on the left-hand side was exposed and I could see wounds which I believed could have been stab wounds.”

She added that Ms Henry’s back appeared to be grazed as if she had been pulled on the floor.

Under cross-examination, the officer was played her own body-worn footage of the bodies’ discovery.

The court was briefly cleared while Pc Gaskin could watch later footage of the two women as they were found.

Pc Gaskin told jurors after reviewing the footage that she touched Ms Smallman’s wrist and lifted the corner of her sleeve, but denied touching Ms Henry’s leg.

Giving evidence, Pc Lavery told jurors she had touched both women and found them “freezing cold” but denied moving the bodies.

Members of the sisters’ family left court as the footage was played.