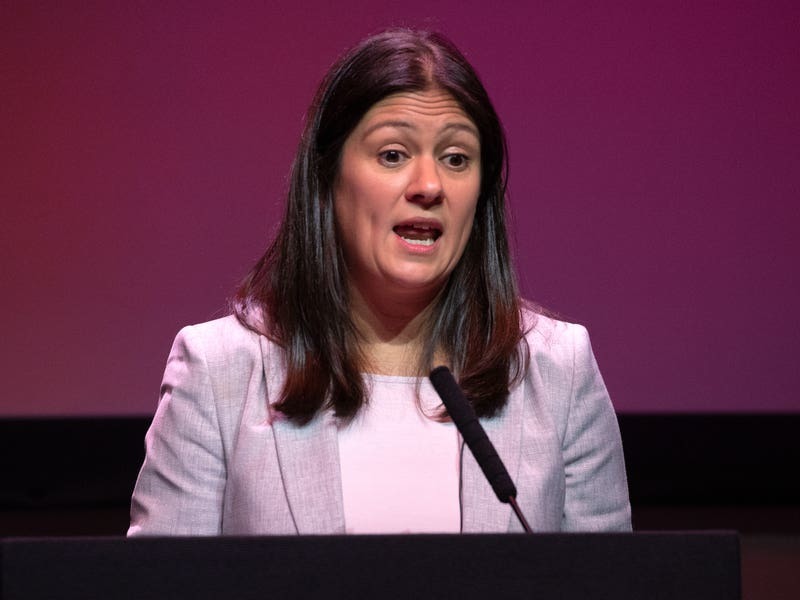 A future Labour government will make national security its top priority as it seeks to rebuild relations with the EU while confronting Russian aggression, shadow foreign secretary Lisa Nandy has said.

In a keynote address to the Chatham House international affairs think tank, Ms Nandy said that Labour in power would work with allies to strengthen democracy at home and defend it abroad.

She said the party would seek to build a relationship with the United States based on “areas of future co-operation not nostalgia”, while taking a “values-based” approach to dealing with China.

In order to be successful, she stressed that any foreign policy had to serve the interests of the people of UK as she rejected the “uncritical embrace” of globalisation under Tony Blair’s administration.

“Their wages (were) too high, their demands too many,” she said.

“So the work was transferred to countries where this ‘problem’ was removed and the dignity of labour became a private not political concern, with questions of ethics handed to the market to decide.”

She said the “grubby details” emerging about failed financier Greensill Capital – jeopardising the jobs of steelworkers in Rotherham and Hartlepool – showed the present Government is happy to continue the same approach.

Ms Nandy said Labour would also have to confront the consequences for the British people of China’s economic model – based on “low working standards, poor wages and unfair trade practices” to drive growth – while standing up to Beijing over human rights.

“We recognise that trade with China will continue, but that has to be consistent with national security,” she said.

“We can’t continue to roll out the red carpet for Beijing, as we have done for a decade, while turning a blind eye to human rights abuses. It just simply does not serve our interests.”

While she said that Labour accepted the result of the 2016 referendum and would not to seek to rejoin the EU, she said it would want to build a “constructive” post-Brexit relationship.

“The needlessly antagonistic approach pursued by both sides has cost us all, so we will seek to build new points of ‘depth and connection’ with our closest neighbours,” she said .

“They must respect our decision to stand outside of the EU, just as we must respect the importance of the European project to our friends and neighbours.

“But, from sanctions and trade to financial regulation and climate change, the EU is an important partner and we should seek creative ways to work together.”

She said the much-vaunted “tilt” to the Indo-Pacific region in the Government’s Integrated Review of foreign and defence policy underlined the weakness of its relations with its most important traditional allies.

“There is a reason why we are tilting and it is because we are completely unbalanced, because we lack an anchor,” she said.

“The truth is that, at the moment, the Government has not got a strong, future-focused relationship with either.”