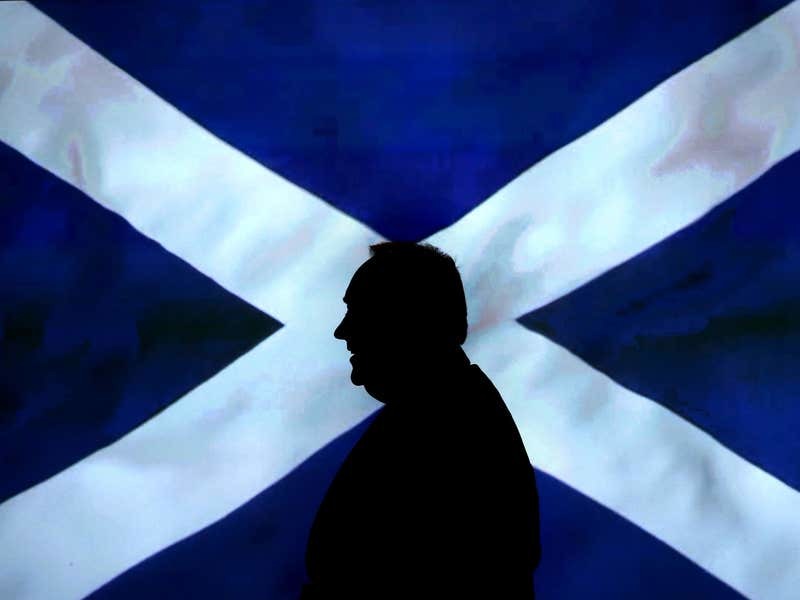 Scotland’s former first minister Alex Salmond is seeking to make a dramatic return to Holyrood, as the leader of the new pro-independence Alba Party.

Mr Salmond confirmed he will be standing for the party on the North East regional list section in May’s Scottish Parliament election.

Launching the new party in an online event, the former SNP leader said: “Today Alba are hoisting a flag in the wind, planting our Saltire on a hill. In the next few weeks we will see how many will rally to our standard.”

The launch of his party comes after a turbulent period for the SNP and the Scottish Government, led by Mr Salmond’s successor Nicola Sturgeon.

A Holyrood inquiry into the Government’s botched handling of those complaints was critical of both Ms Sturgeon and her administration, as it concluded the two complainers were “badly let down”.

Mr Salmond was last year cleared after a criminal trial of a series of allegations, including a charge of attempted rape.

He insisted on Friday that after the series of court cases and inquiries, it is now “time to move on”.

“I have wanted to talk about the future of Scotland for the last three years. Now I have got the opportunity thanks to the Alba Party,” he said.

He said the party has been set up to win seats using Holyrood’s regional lists.

While the SNP has been successful in winning constituency seats, Mr Salmond said his former party could end up with no MSPs at all from the regional section of the ballot.

The latest opinion polls suggest the SNP on the lists “would win no seats whatsoever, despite having the best part of a million votes”, he said.

This would mean these votes are “totally wasted”, he said.

Mr Salmond continued: “The Alba Party is a list party, we are standing only on the list, we’re not challenging the SNP in the constituency.

“Indeed we are saying vote SNP or for an independence party on the constituency section, we are giving that support.”

He said his new party will help “reinforce the momentum behind the independence cause”.

The Alba Party has said it will field at least four candidates in each of the regional lists.

Chris McEleny, who was voted in as an SNP councillor in Inverclyde, has resigned from Ms Sturgeon’s party to stand in the West of Scotland for the Alba Party.

Mr Salmond said: “Over the next six weeks we will promote new ideas about taking Scotland forward, giving primacy to economic recovery from the pandemic and the achievement of independence for our country.

“We expect to field a minimum of four candidates in each regional list and we’re hoping to elect Alba MSPs from every area of Scotland.”

Mr Salmond said the aim of the party is to work towards a “successful, socially just, environmentally responsible, independent country”.

The launch of the party comes days after Mr Salmond announced plans to take legal action over the “conduct” of the Scottish Government’s top civil servant Leslie Evans.

He said the Permanent Secretary failed to take “real responsibility” for failings highlighted in two reports this week about the Government’s investigation of harassment complaints against him.