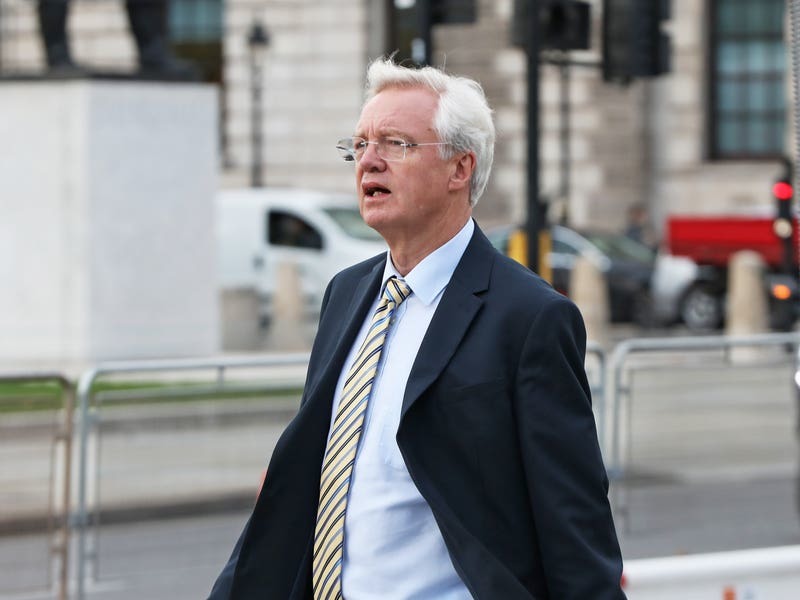 Former cabinet minister David Davis warned the policy “puts lives at risk” and must receive prior approval from MPs.

Labour accused the Government of choosing to leave hundreds of thousands of Yemeni children to “starve” while several Tory backbenchers voiced their concerns over the plan.

Asking an urgent question in the Commons, Mr Mitchell told Foreign Office minister James Cleverly: “Last night, he will have heard the United Nations general secretary tell him that for Yemen, and I quote, ‘Cutting aid is a death sentence. Cutting it by 50% is unconscionable’.

He added: “We are a generous, decent country. The 0.7% is enshrined in law. This House must surely have a vote. We must all search our consciences.”

Conservative Mr Davis said MPs must be given a breakdown of the 50% aid cuts to Yemen before the Budget votes next week.

Mr Davis said: “There is a strong convention that before Government undertakes a policy which puts lives at risk it gets prior approval from this House.

“You can’t make a 50% cut in this budget without cutting into the crisis and healthcare support, thereby putting at least 100,000 children’s lives at risk.

“Will (Mr Cleverly) guarantee that before the Budget votes are held next week we can have a written statement giving a breakdown of the cuts made this year in the aid budget, and undertaking that no more cuts will be undertaken unless and until this House approves it?”

“The Foreign Secretary has said before we are looking very carefully at what is required by law. The legislation envisaged that 0.7% target may not be met in a particular year in light of economic and fiscal circumstances, and the legislation provides for reporting to Parliament in the event that the target is not met.”

Fellow Conservative former cabinet minister Damian Green said legislation allowed the Government to miss the 0.7% target during an emergency “but not to plan to miss it for an indefinite number of years ahead”.

He continued: “So can (Mr Cleverly) give a commitment today that further cuts won’t be made until that necessary legislation promised by ministers to this House to enact this policy has been put to a vote so that this House can express a view?”

Mr Cleverly replied: “The Foreign Secretary, as I have said, is looking carefully at the requirements of the legislation and I can assure him from this position at the despatch box that the Government is well able to listen to the mood of the House without the need for legislation on this issue.”

Conservative Anthony Mangnall (Totnes) said: “The minister just started off his remarks by saying that money matters and, yes, it does, but what this cut represents is a cut to projects, a cut to aid, a cut to assistance that is going to put lives in jeopardy.

“Now if the Government is so reassured by its position then I suggest it brings a vote to the House on this issue and they can truly gauge the strength of feeling on this issue.

“We have a moral duty to lead on this issue and I hope (Mr Cleverly) will consider bringing a vote before it is too late.”

Mr Cleverly said Foreign Secretary Dominic Raab was “looking at the legal requirements around the situation”.

The minister said: “I completely understand his passion but I would remind him and the House we remain one of the largest donors to this humanitarian crisis.”

Speaking during Foreign Office questions, shadow international development secretary Preet Kaur Gill said: “The actions of this Government yesterday betrayed hundreds of thousands of Yemeni children as he chose to leave them to starve.”