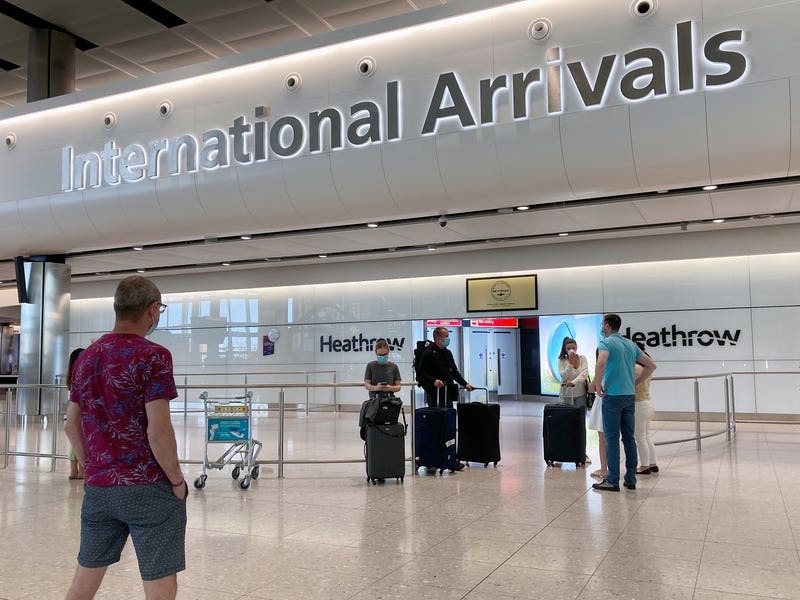 The Government’s top scientific advisers warned last month that a “complete, pre-emptive closure of borders” was needed to fully prevent new coronavirus strains being imported into the UK.

Minutes from a meeting of the Scientific Advisory Group for Emergencies (Sage) held on January 21 revealed that the experts said the only other method of stopping any variants arriving was for all travellers to be quarantined in designated facilities.

Prime Minister Boris Johnson announced six days later that only people arriving from countries on a “red list” will be required to self-isolate in a hotel for 10 days.

The advisers stated: “Evidence from the continued spread of the South African and UK variants suggests that reactive, geographically targeted travel bans cannot be relied upon to stop importation of new variants once identified, due to the time lag between the emergence and identification of variants of concern, and the potential for indirect travel via a third country.”

They added that requiring passengers to quarantine on arrival and test negative for coronavirus before they are released has the “most substantial potential effect on reducing the risk of infected arrivals”.

On Tuesday, the Prime Minister’s official spokesman said Sage “did not actually advise the Government to completely close borders or call for a blanket quarantine on travels”.

The Department of Health and Social Care said it is working “at pace to secure the facilities we need” for the new hotel quarantine policy.

A commercial specification was issued on Thursday evening to hotels near air and sea ports.

A No 10 spokesman said on Friday that “no formal contracts have been awarded as yet”.

Jojean Porte, regional director of operations at St Giles Hotels, said its site near Heathrow Airport is already used for travellers needing to quarantine under existing rules, and is ready to take part in the new programme.

She told the PA news agency: “We have already done a very thorough risk assessment in accordance with WHO protocols and the UK Government guidelines.

“We just have to really upscale the number of rooms as soon as we get some updates from the Government.

“But we are ready. The hygiene protocols, the cleaning procedures, the staff training – we are there.”

Adrian Ellis, chair of the Manchester Hospitality Association and general manager of the city’s Lowry Hotel, said the opportunity to open up for guests for quarantine purposes would be “welcomed” by some owners, but details about plans were still scarce.

“We don’t know which hotels are assigned and we don’t know how the rules will work,” he told BBC Radio 4 Today.

PA understands that some hotels have asked to be excluded from the scheme due to concerns about catering and security staff potentially becoming infected, and the impact on insurance policies.

Travellers staying at quarantine hotels will be asked to pay around £80 per night, an industry source told the BBC.

The Daily Telegraph said it had seen documents showing that an estimated 1,425 passengers will need to be accommodated each day, mostly near Heathrow.

They will be required to take a coronavirus test on the second and eighth days of their stay, with a negative result needed in order for them to leave, according to the report.

The Government will pay around £55 million up front and try to recoup the money from passengers, the paper said.