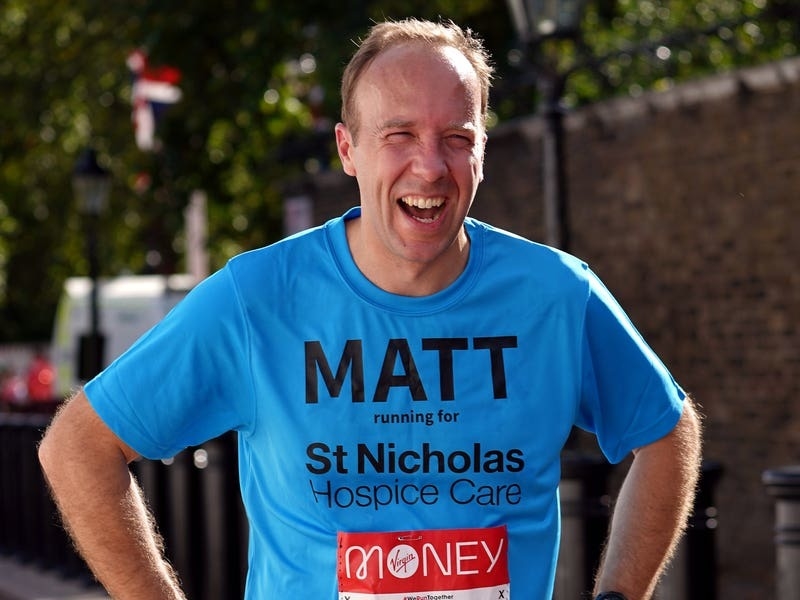 Matt Hancock has reunited with some of his I’m A Celebrity… Get Me Out Of Here! campmates to support fellow contestant Seann Walsh at a comedy show in London.

The former health secretary posted a picture to Instagram of him having drinks at the Soho Theatre gig with his partner Gina Coladangelo and former campmates pop star Boy George and Walsh.

It comes after Hancock announced he will not stand as an MP at the next election after discovering a “whole new world of possibilities” following his stint in the Australian jungle.

“Funny who you bump into! @boygeorgeofficial.”

Walsh shared the picture and wrote: “Campmates reunited. This will never be normal!!! Thanks to all that came to the show tonight.”

Hancock surpassed the expectations of many by reaching the final of the ITV reality show but came behind the winner, Euro 2022 champion Jill Scott, and Hollyoaks actor Owen Warner following a public vote.

During his time in the jungle, he was voted to complete a host of Bushtucker Trials and received grillings over his handling of the coronavirus pandemic by fellow contestants including Culture Club frontman Boy George.

He said: “I didn’t feel bullied at all in the jungle. I formed an extraordinary bond with Seann Walsh in a short period of time, and then it took a few days to work through and develop relationships with the rest of the campmates.

“Whatever he says about me, I think Boy George is wonderful and I did not expect to say that about him because we have very different backgrounds, to say the least.

“It took us a few days but we had, what I would call, grown-up, respectful discussions.”

Last week, fellow contestant Scarlette Douglas revealed that Hancock was not part of a WhatsApp group set up for the campmates to stay in touch after the show.

His decision to join the show at a time when Parliament was sitting saw him suspended from the Conservative Parliamentary Party and prompted criticism from the Prime Minister and MPs across the political spectrum.

The West Suffolk MP said he had been told he would get the Conservative whip back but on Wednesday it was revealed he had written to Rishi Sunak saying he will not be standing at the next general election as he looks to “influence the public debate” from outside Parliament.

He also pledged to donate a portion of his reported £400,000 fee for his 18 days in the jungle and has received a further £45,000 to appear on Celebrity SAS: Who Dares Wins.