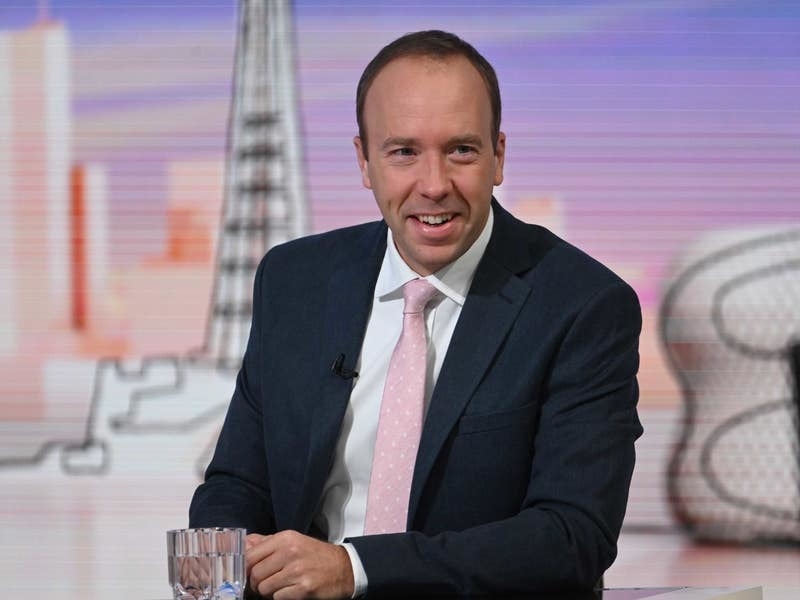 The Mayor of Greater Manchester says Matt Hancock is “better at bushtucker trials, than clinical trials” as the former health secretary continues his run on I’m A Celebrity…Get Me Out Of Here!

Andy Burnham said he did not think Hancock was a “bad person” but that his decision to appear on the ITV reality show demonstrated “bad judgement”.

It comes as the West Suffolk MP avoided elimination for the sixth time, after radio DJ Chris Moyles was voted off on Thursday’s show.

Speaking on BBC’s Question Time about Hancock’s time in the jungle, Burnham said: “He’s clearly better at showbiz than he is at politics…better at Bushtucker trials than clinical trials, for sure.”

He continued: “He’s not, in my view, a bad person, but it is a bad judgement because politicians should be about we – what’s good for us.

“But this is all about me, isn’t it, me, me and my situation and a cost-of-living crisis for his constituents.

“(There) are things that he should be here answering for, not in the jungle trying to curry favour with other celebrities and the British public.”

Hancock held the post of health secretary during the majority of the coronavirus crisis, during which time the vaccine was developed and tested.

Moyles, 48, told hosts Ant McPartlin and Declan Donnelly he was “gutted” that Hancock was more popular than him after making his exit from the show.

During his 20 days in the Australian jungle, the DJ had moments of highs and lows and struggled throughout the series when faced with Bushtucker trials.

After his exit, he told McPartlin and Donnelly: “I’m gutted that Matt Hancock is more popular than me, what the bejesus is going on?”

Moyles admitted it was difficult for him living alongside the former health secretary in camp, saying: “I really struggled with it, to be fair.

“And then what I did was, because I slagged him a bit, I separated Matt Hancock with Matt because we were living with this guy, and he was doing his best to win us stars for food and everything and chipping in so I had to separate the two.

The radio DJ entered the jungle alongside reality star Olivia Attwood by jumping out of a chopper which he said was a real achievement for him as he does not like heights or helicopters.

During his time in the jungle, Moyles had a number of low-scoring performances in the trials and earlier in the episode, he only managed to secure one star out of a possible six alongside campmate Owen Warner.

Asked why he found it so difficult, Moyles said: “I’m scared of everything and I know this now.

“I’m an anxious, scared man that’s only comfortable in a radio studio. So I wasn’t cut out for the majority of this life.”

Elsewhere in Thursday’s episode, Moyles had questioned Hancock about the inner workings of Westminster and how an MP can move between Cabinet offices without prior experience in the area.

“There’s a load of transferable skills: Handling Parliament, communicating with the public, taking decisions effectively, and then you have the subject matter experts who advise you on it all.”

The radio presenter added: “Fascinating talking to him, however, he has no interest in me, my life, my job. He’s a funny little fish, isn’t he?”

Hancock has also faced criticism from across the political divide for joining the reality show at a time when Parliament is sitting.

I’m A Celebrity…Get Me Out Of Here! continues on Friday at 9.15pm on ITV1 and ITV Hub.