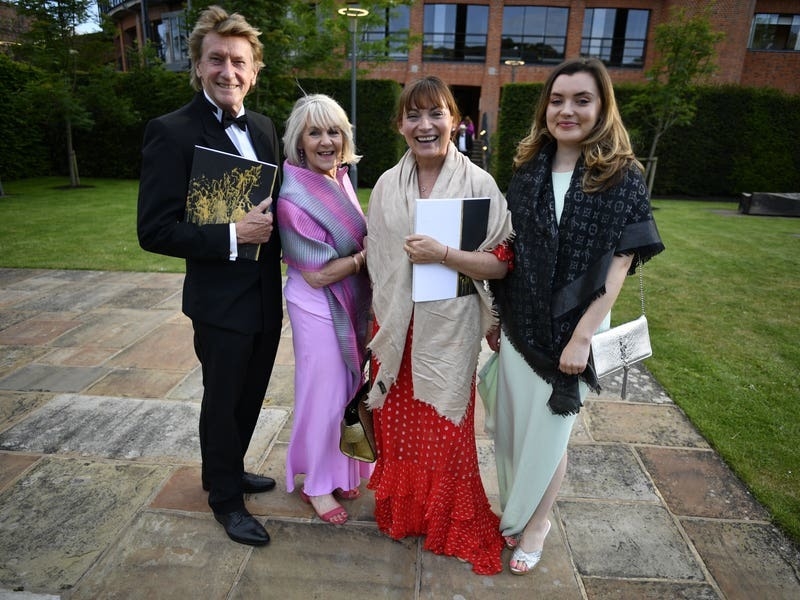 Lorraine Kelly and her daughter Rosie were among the guests at the opening night of the Glyndebourne opera festival.

The annual event at the stately home near Lewes, East Sussex, returned with its first programme in three years to be unaffected by Covid-19.

Broadcasters and columnists Janet Street-Porter, Angellica Bell and Nina Myskow were also among those present.

The festival, founded in 1934, this year features a staging of pioneering feminist composer Dame Ethel Smyth’s The Wreckers, which has only been staged professionally a handful of times since premiering in 1906.

The opening night ended with bonfires being lit around the site, including on floating platforms on the lake, echoing the plot of the opera.

The show is one of four new productions which will run between May and August at this year’s festival.

“Over the past two years for obvious reasons we have had to modify our festival, so it’s such a pleasure to be back in full swing this year.

“We return with a performance to shake things up too. The Wreckers by the pioneering feminist composer Dame Ethel Smyth is a neglected masterpiece and this summer it will be heard in French, as its extraordinary composer intended, with a brand new production by Melly Still.

“There’s lots more brilliant opera to come before the end of August and this is the perfect way for us to begin the season.”