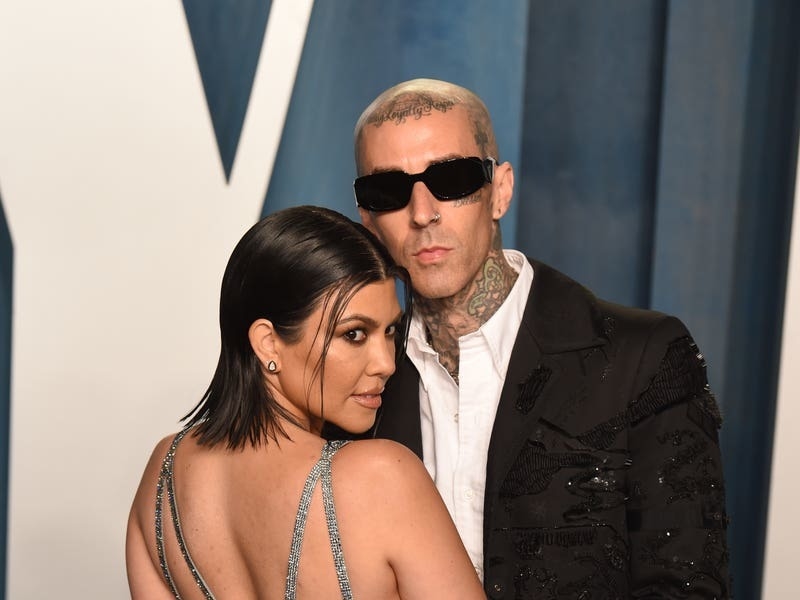 The reality star shared a photo with her 177 million followers on Monday showing her and her new husband seated in a black convertible kissing with “Just married” and cans tied to the rear bumper.

Kardashian’s accompanying caption said: “Till death do us part.”

Barker shared an identical post to his 6.9 million followers with the same image and caption.

The couple had earlier held a “practice” wedding after the Grammys in April hosted by an Elvis impersonator at 2am.

Photos and video published by TMZ and People showed the reality TV star in a traditional white veil and a short white dress with a love-heart decoration near the bust. Barker, meanwhile, wore a black suit.

According to TMZ, the small ceremony was attended by Kardashian’s grandmother and Barker’s father. The entertainment site also reported that the reality star and Blink-182 drummer will have a larger wedding ceremony in Italy in the “near future”.