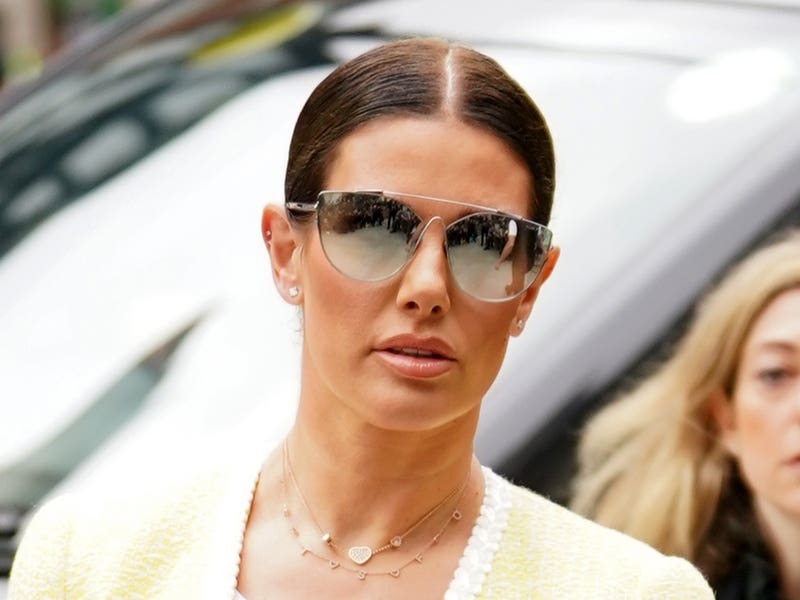 Rebekah Vardy’s evidence about why she sat behind Coleen Rooney at a football match is “simply untrue”, a former Football Association (FA) employee has told the High Court.

Harpreet Robertson, a former ticketing manager and family liaison officer for the FA, was questioned over the seating arrangements at one of England’s matches at Euro 2016.

Ms Robertson told the court she believed Mrs Vardy made a “choice” to sit in seats behind Mrs Rooney at the match, alleging in her witness statement that Mrs Vardy’s evidence over this was “simply untrue”.

Mrs Vardy denied she had intentionally swapped seats to be seen near Mrs Rooney and in the pictures.

However in her witness statement, Mrs Robertson said: “Becky never expressly refused to take the seats that she had been allocated, her guests did this instead, but it appeared that she wanted to be sat in the seats that were right in the eye line of anyone looking at, or photographing, Coleen.

“Indeed, her behaviour during the game suggested to me that her focus was little or nothing to do with the football match.

“I remember that Becky was constantly on her phone, often taking selfies and generally showing very little interest in the match itself.”

Ms Robertson added: “The following morning, the tabloid papers were full of photographs of her sat directly behind Coleen.

“This was precisely the kind of media attention that the FA, and I, had tried to avoid.”

In her witness statement, Ms Robertson also said that she would reserve seats at matches for her and FA security team members, but found a number of people already sat in those seats.

She continued: “I asked them to move but they refused and were incredibly rude and abusive to me, remarking words to the effect of ‘we can sit where we like, f*** off’.

“An altercation followed which almost reduced me to tears. I soon realised that these people were the guests of Becky.

“Becky could plainly hear what was being said between me and her guests.”

Ms Robertson said she and the FA security team later sat elsewhere which “compromised security for the entire players family and friends group to at least some extent”.

Questioned by Mrs Vardy’s barrister Hugh Tomlinson QC how she knew Mrs Vardy had chosen to sit behind Mrs Rooney, she replied: “I believe from what I heard from my colleagues that other seats were available so therefore I deduced it was a choice.”

But she also added: “I don’t know if it’s deliberate.”

In her witness statement, Ms Robertson said there had been an “incident” during the 2006 World Cup where the England players’ wives and girlfriends were repeatedly photographed together.

She continued: “This coverage caused a stir in the media and overshadowed at least some of the football.

“Since then, the FA as an organisation has wanted to avoid another similar episode because it was felt that such attention detracted from coverage of the tournament and the sport itself.”

Ms Robertson said the practice at Euro 2016 was to “spread out” the wives and girlfriends attending football matches “to prevent the press from taking group shots that garnered more public interest”.

The former official also discussed an event in St Petersburg for the 2018 World Cup, in which Mrs Vardy was accused of – but denies – staging a paparazzi photo of a number of the England players’ wives and girlfriends (Wags).

She said in her witness statement: “I remember that several ladies in the family hotel, players’ sisters and mothers, were upset that they had not been invited to the dinner but the photograph set up seemed to explain why as a Wags shot was the objective of the night.”

“One of the players in the squad told me directly that he was also angry at this set-up as they did not court public attention with their private lives.”