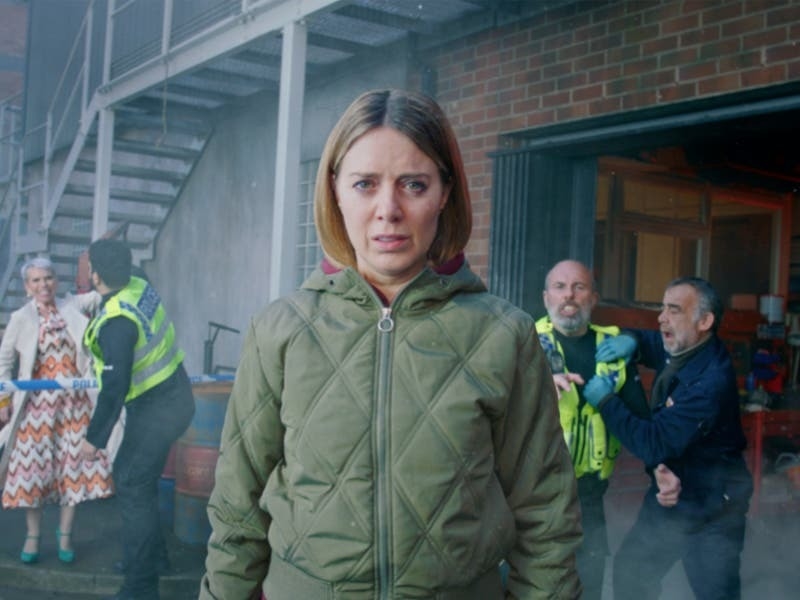 Alfie’s parents, Abi Webster and Imran Habeeb, are currently embroiled in a fight for custody of their son, but solicitor and biological father Imran has paid an associate to lie about Abi, making it appear to the court that she’s returned to taking drugs.

The new trailer shows Abi and Imran appearing to spin out of control as they lock eyes.

Toyah is still struggling to cope with the revelation that her new husband was unfaithful with Abi, resulting in him fathering baby Alfie and subsequently losing the child they were due to adopt.

As Imran’s face is filled with confusion, he slams to the ground and, rotating again, with sirens blaring the police move towards a pained Abi.

In the garage, Kevin darts to his estranged wife, his vision of a reconciliation having been shattered by the discovery that a one night stand with Imran led to Alfie’s birth.

Abi then falls once again as Imran rises and this time he is joined by a panicked Adam, while Toyah is comforted by Leanne and Nick.

The cycle continues as more neighbours are pulled into Imran and Abi’s troubles.

Speaking about the upcoming custody battle, managing director of continuing drama and head of ITV in the North, John Whiston said: “The pigeons really do come home to roost for some of Corrie’s best-loved characters in this fantastic week of edge-of-your-seat drama.

“Secrets unravel, truths hurt and lives well and truly turn upside down as the lengths Imran went to to take baby Alfie away from Abi are revealed.

“Whether your sympathies are with Abi, with Toyah or with Imran, this is not a week to be missed.”

The intense week’s worth of episodes following the drama are due to air later in May.