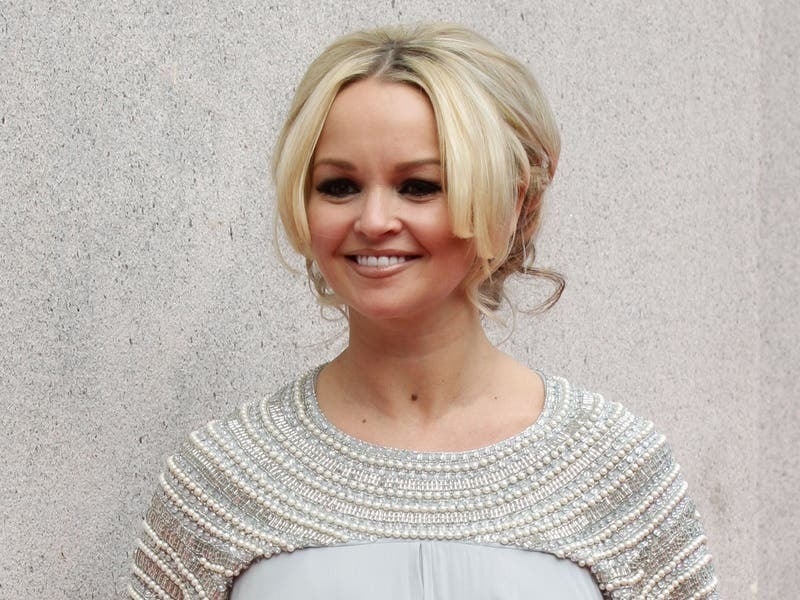 She posted two photographs – one before and one after her weight loss – writing alongside them: “3 stone gone!!!” followed by a smiley face emoji.

The actress, who has three children, took part in ITV’s Sugar Free Farm in January 2016.

The series forced celebrities to exclude sugar from their diet, while working on a farm to produce home-grown produce.

She featured alongside other famous faces including The Only Way Is Essex star James Argent and former Coronation Street actress Tupele Dorgu.

Talking in 2016 about why she had opted to join the series, she said: “I was in a rut. I had two babies quite close together and then straight away I opened my dance studio.

“It was only two weeks before I gave birth to my youngest son, Charlie, that I got the keys to the building, and there was so much work to be done. So straight after having my caesarean, it was all systems go. I really neglected myself and took no time for myself at all, and I didn’t look after my fitness or my health.

“So Sugar Free Farm came along, and I just thought to myself, I’ve actually got a really bad problem. My family and husband had been telling me for years and I suddenly thought I really needed to do this for me.”

She said: “I consumed a lot of sugar with sweets and chocolates. It just kept me going through the day when I’m really busy. But the worst thing for me was cans of Coke. I’d have six to eight cans a day, which is terrible.

She appeared on ITV’s Loose Women earlier this year to talk about her weight loss journey, saying: “I got to the point where I was getting anxiety about seeing people from my past.

“I couldn’t go to places where I knew people from years ago would be because I thought they were just looking at me going ‘What on earth has happened to you?’”.