Thank you to everyone who took part 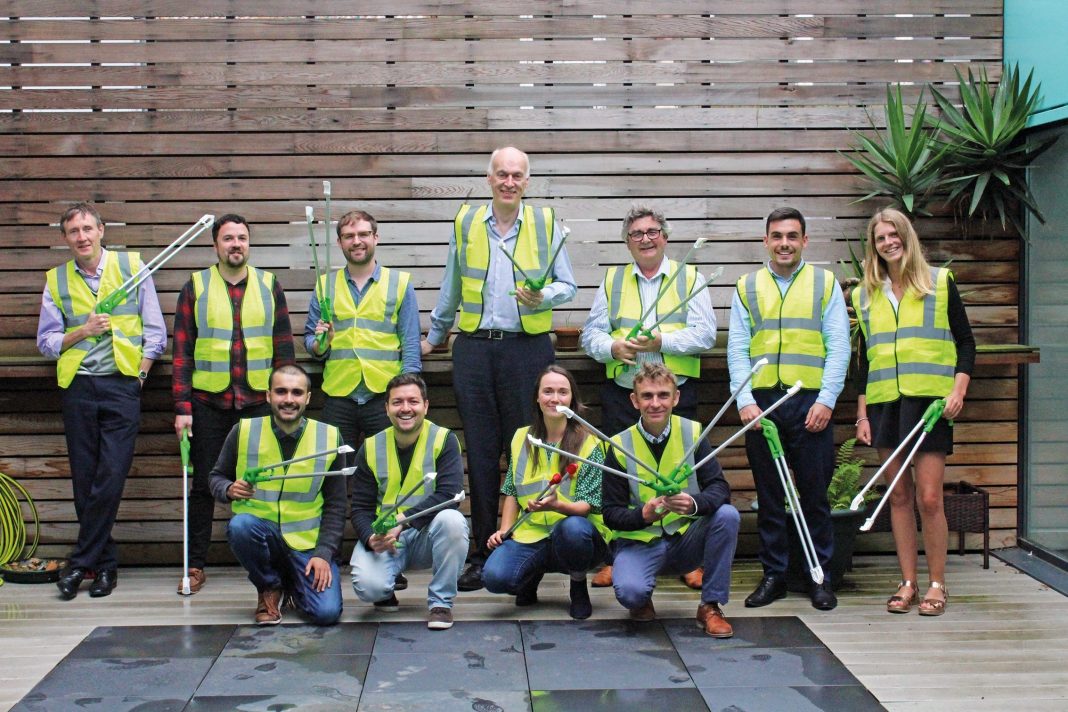 And, luckily, the sun joined the more than 300 volunteers who turned out on 27 June to scour seven Island locations for rubbish.

While the amounts of litter collected varied across the parishes, altogether the teams collected 300 tonnes of rubbish, much of which was non-biodegradable and was not only unsightly but also posed an environmental risk to the Island’s wildlife.

The most common item collected was cigarette butts, something which has prompted St Helier Constable Simon Crowcroft to review the ways in which these can be removed from the streets.

Among the more unusual items found was a large fishing net at Bouley Bay.

While it was disappointing to see so much litter blighting our beaches, town and countryside, it was hugely rewarding and encouraging to see so many Islanders, including children, committed to protecting and preserving Jersey’s natural beauty.

We would like to say a huge thank you to all of them for joining us and very much hope that this event will raise further awareness of the importance of maintaining a clean and healthy Island.

We would also like to thank our sponsors – Co-op, JEC, Affinity Private Wealth, Butterfield Bank, Fairway group and Andium Homes, without whom the event would not have been possible.

All the rubbish collected by volunteers was then removed and disposed of by Morley’s Removals. Connor Morley explains why he was so pleased to be involved with the event.

‘It was a pleasure to help with this brilliant event again this year, offering to remove and dispose of the rubbish correctly,’ he said. ‘It’s an issue that relates closely to our business as we are constantly trying to make sure that all rubbish gets recycled where it can and, if not, disposed of correctly.

‘I spend most of my life in or around the sea, so anything I can do to give back and look after it, I will. Most of the rubbish collected came from the beach locations, so the event was great for our beaches and marine life. We look forward to supporting the event again in the future.’